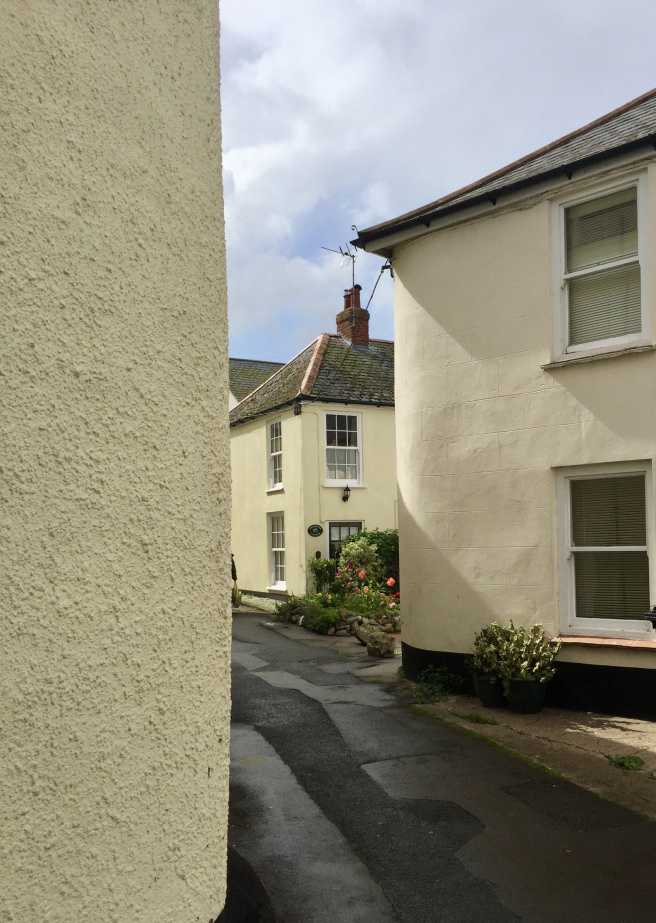 This little harbour town in Somerset is has neither the fame of San Francisco nor the glamour of Biarritz, yet it is where I’m wandering this week. 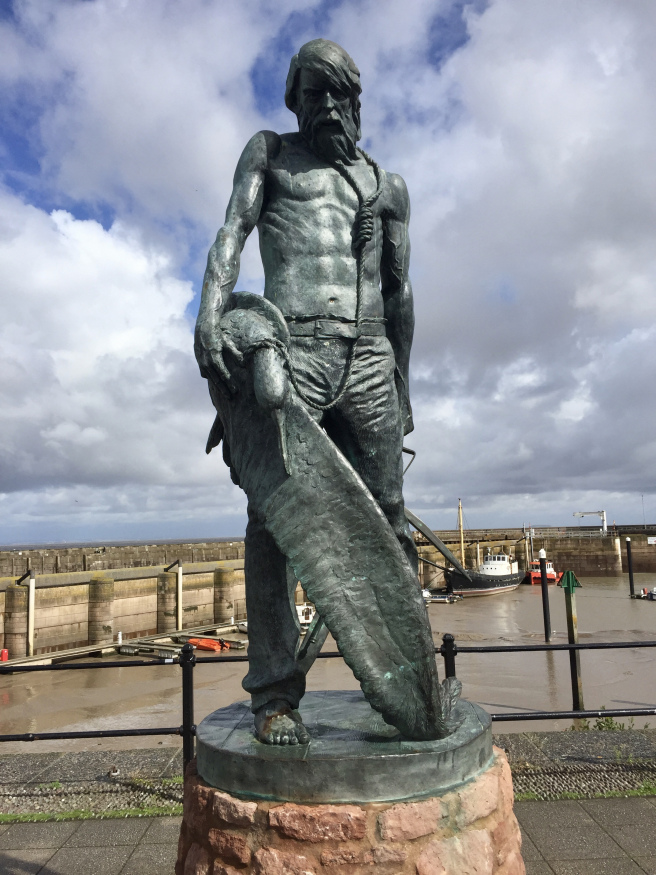 Watchet is a charming place with an ancient history, situated at the mouth of the River Severn. An Iron age hill-fort nearby, later re-fortified by Alfred the Great, is said to be the origin of the settlement, with the harbour originally named Gow Coed by the Celts, meaning ‘under the wood’. Across the water lie the misty hills of Wales and it is from the harbour, looking at the view, that Coleridge is said to have been inspired to write The Rime of the Ancient Mariner. A statue marks the spot, the Ancient Mariner and his albatross together for eternity. 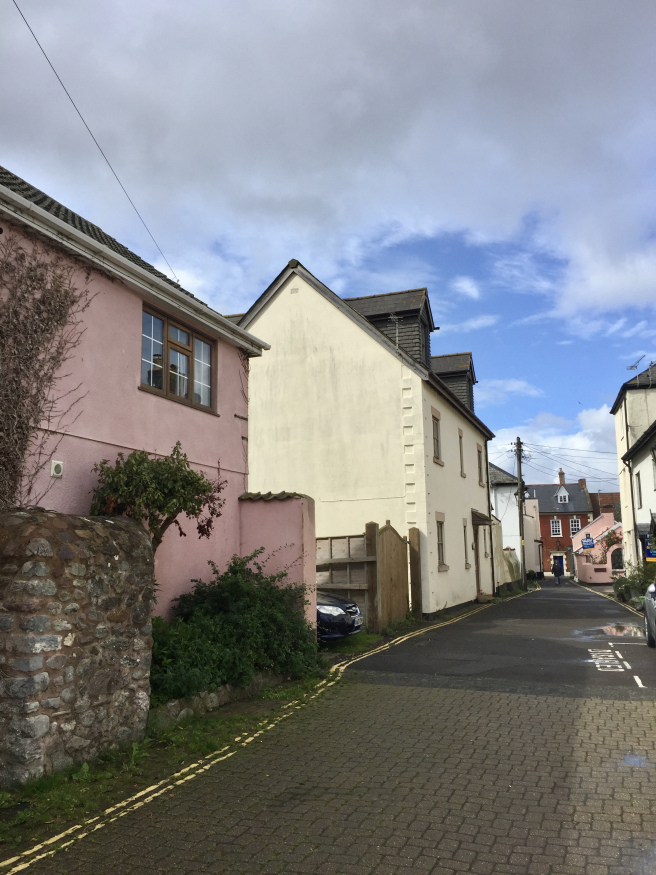 We stayed in a pink-painted cottage with a view of the sea, walking the cobbled streets to the local pub or fish and chip shop, wandering the bric-a-brac and antique stores (where I scored an excellent pair of vintage boots). 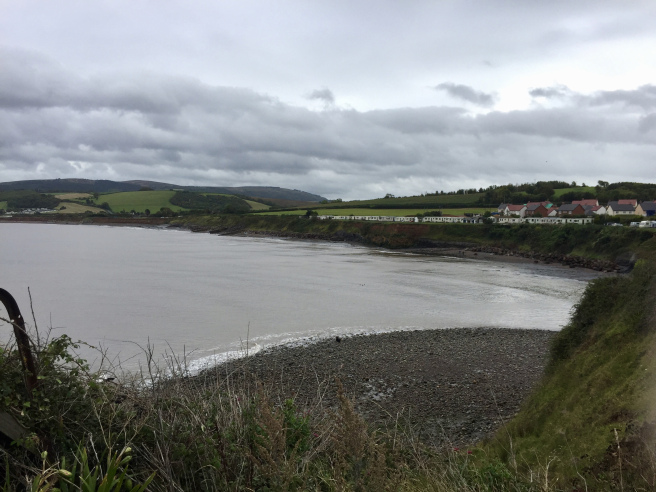 A trip to the nearby beach produced further treasure in the shape of fossils – ammonites and oyster shells frozen in time for millions of years, tumbled among the stones that lined the shore. 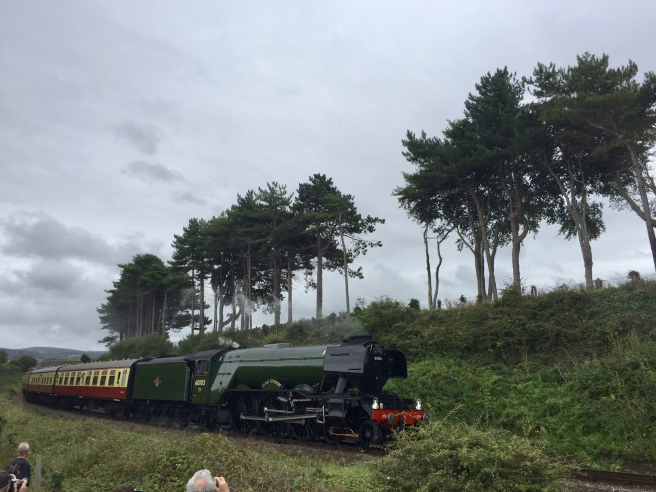 As we walked back from the beach we took a bramble-lined path running between the trainline and the sea. In the 19th century, Watchet was a centre of the industrialised paper industry, its products travelling country-wide. Now the tracks are used by commuters and sightseers, and it was a rather special day. The famous Flying Scotsman steam train was in town, taking people on journeys through the beautiful green countryside. People lined the tracks to watch it pass, and so did we. 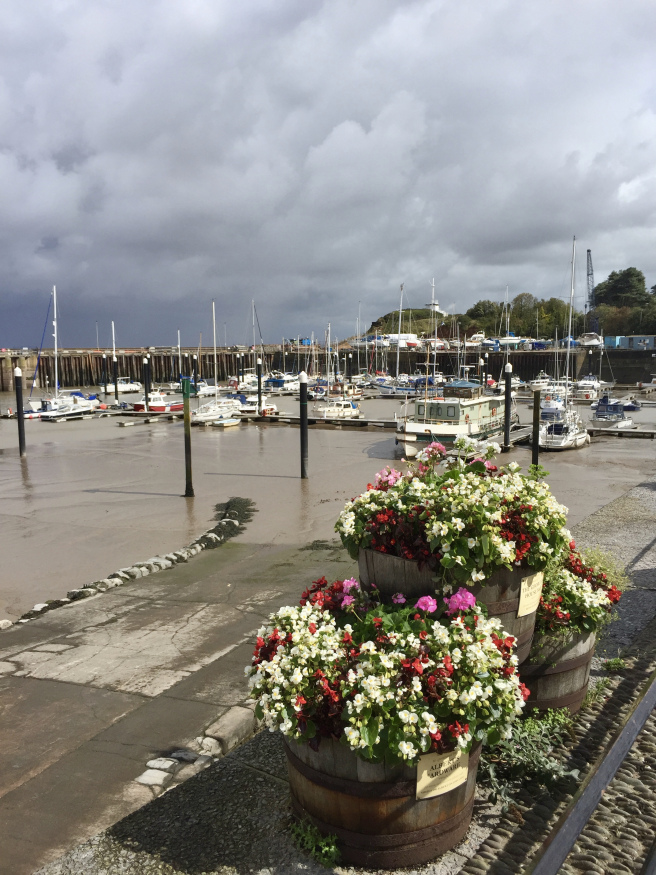 We had only a couple of days in Watchet, yet it made an impression that lingers, of hidden houses down curving streets, distant hills and fossil beaches, and water that changes with the sky and tides. I hope to go back there one day… 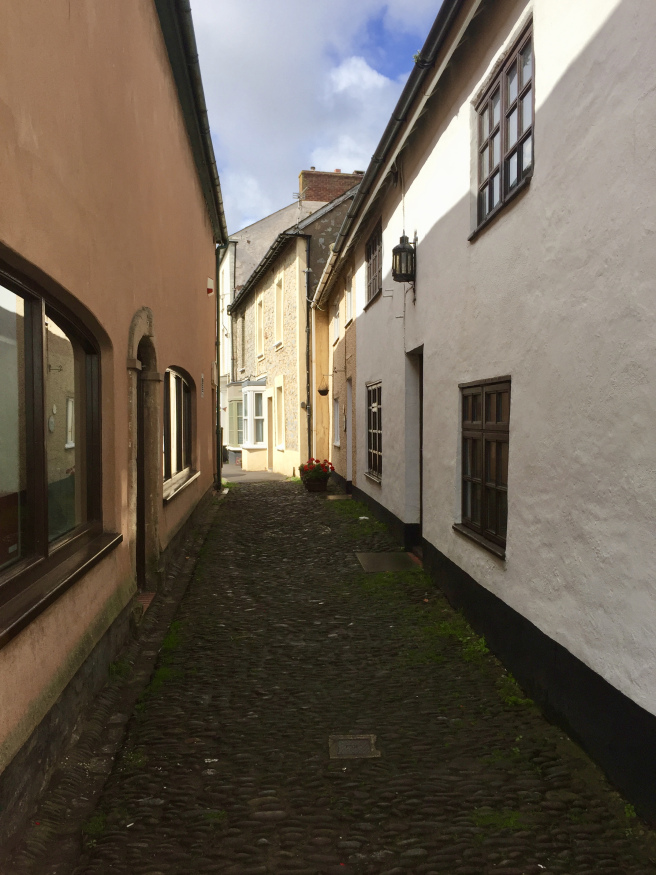 Thanks for coming on another Wednesday Wander with me – see you next time!