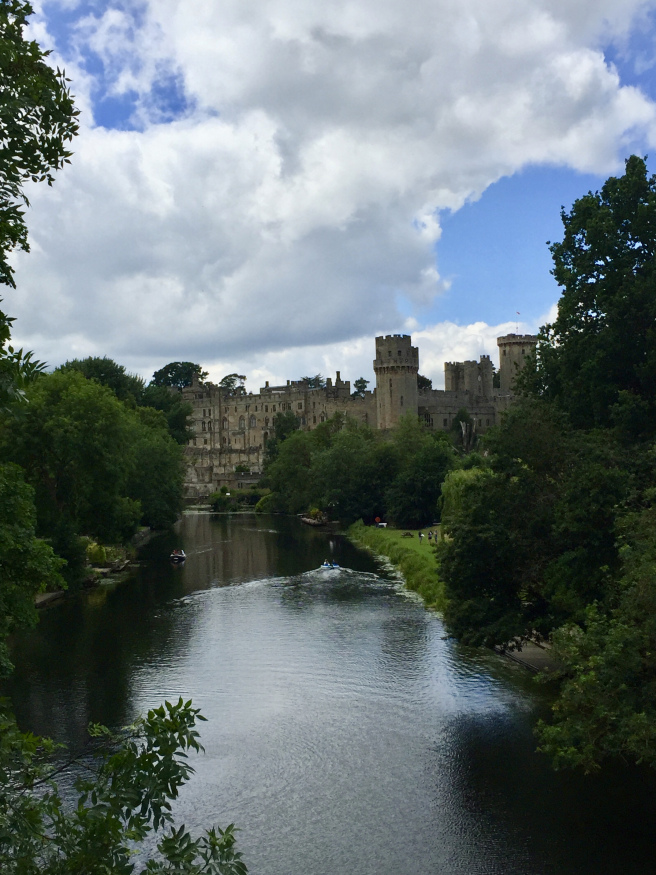 This week, I’m wandering to a view that I’ve seen many times. It’s of an ancient castle, almost a thousand years old in parts – a place steeped in legend, where kings were made and battles fought, mysteries still hiding in its thick stone walls. This is Warwick Castle. 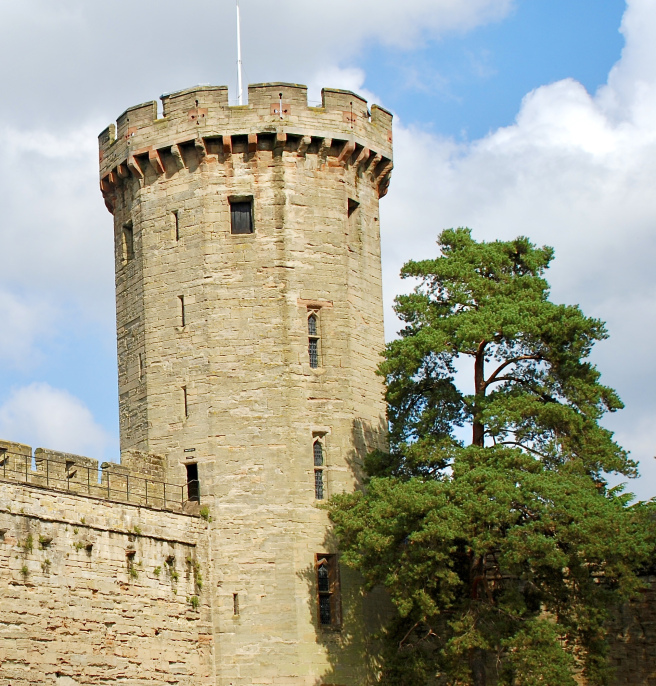 The original castle at Warwick was built in 1068 by William the Conqueror as part of his strategy to stamp his authority on the newly conquered country. It is situated along a bend of the storied River Avon and, until 1978, was still residence of the Earls of Warwick, the legendary Kingmakers. 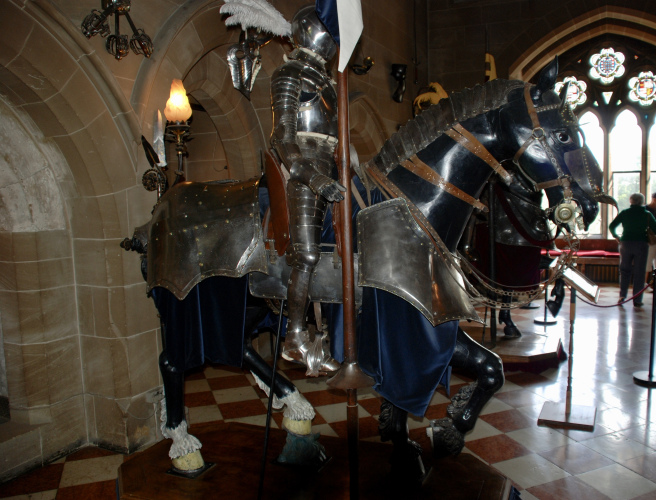 Kings, Queens and assorted nobility have all stayed within its grey walls over the centuries, including Elizabeth I, Richard III and Queen Victoria. The castle has been painted by Canaletto, among others, and its collection of arms and armour is considered second only to that in the Tower of London. Hardly surprising, considered the many and varied wars fought on behalf of kings and queens by Warwicks over the years. 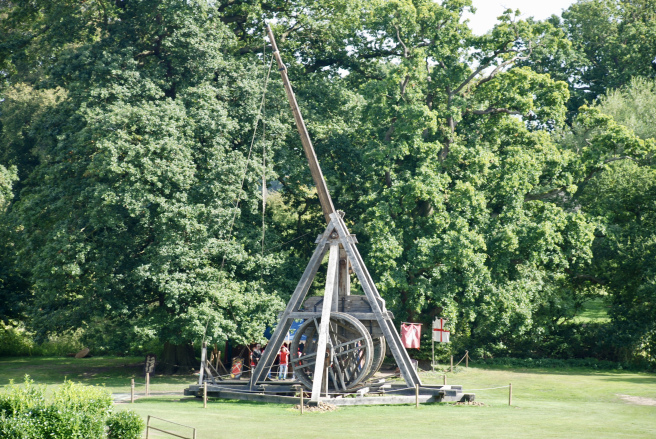 The castle is also home to one of the world’s largest working trebuchets, or siege engines. Eighteen metres tall and made of oak, it can fling projectiles as far as 300 metres. I have seen it in action and it is something to behold – it takes four men running in treadmills just to lift the counterweight! 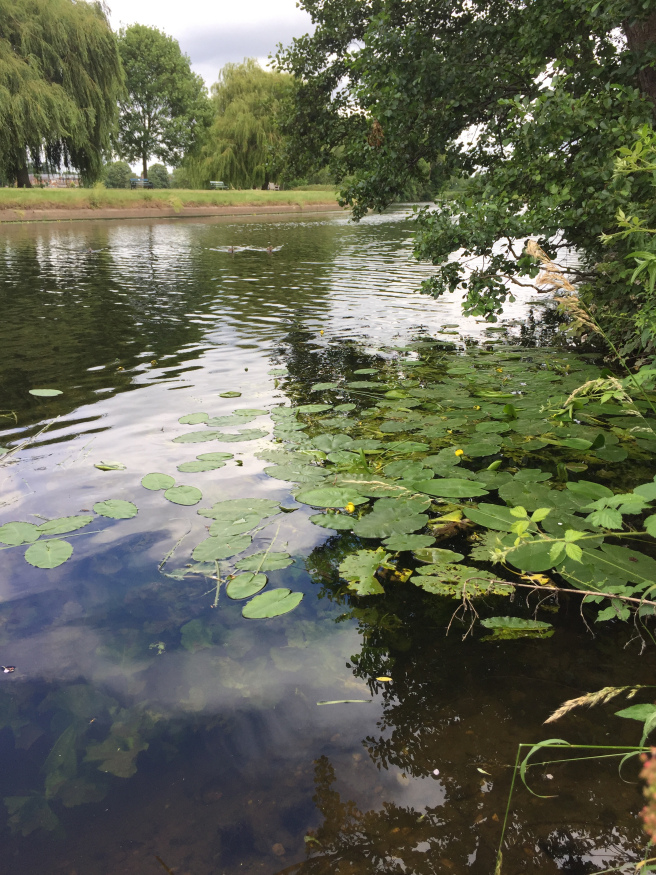 Near to the castle is a lovely park I’ve often visited. It’s home to a funfair and mini golf, as well as lovely gardens and, down by the river, there is a place to picnic and fly kites. Water lilies float serene, as do the ducks and swans, and for a moment you could be anywhere, at any time.

On the edge of the park is a bridge across the river, where you can pause and take in the view to the castle. Set into the pavement is this plaque. I think I would have to agree. 🙂 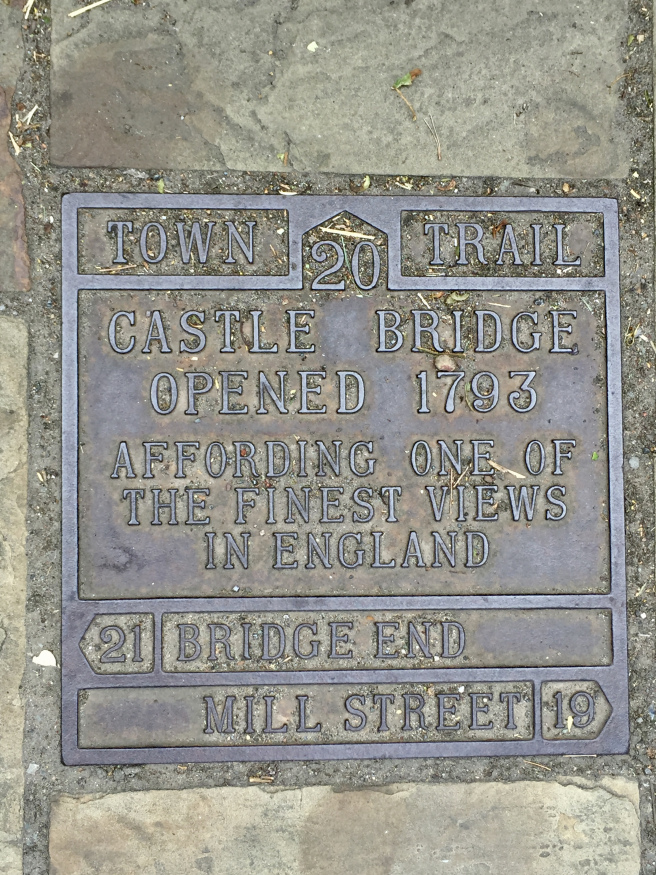 Thank you for coming on another Wednesday Wander with me – see you next time!