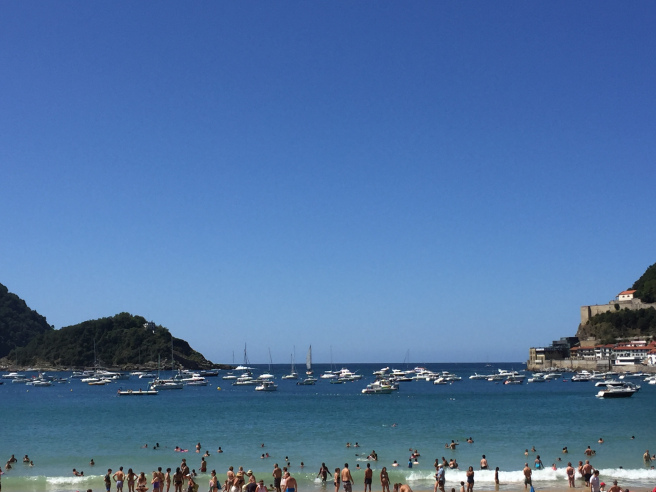 It’s Wednesday and time for my weekly wander. This week we’re heading to Donostia San Sebastian, in the Basque country region of Spain. Donostia is the Basque name for the city, and is another way of saying San Sebastian – in honour of the dual heritage of the city, both names are used. 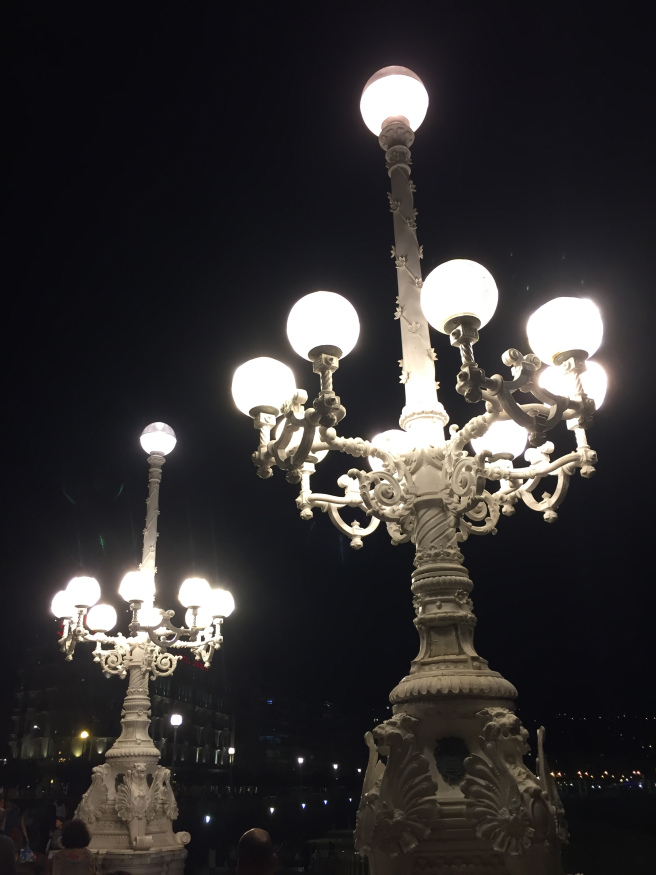 I visited earlier this year and fell under its spell straight away. The gorgeous old buildings and curving golden beaches were like a scene from a story – it was hard to believe people were lucky enough to live in such a place. 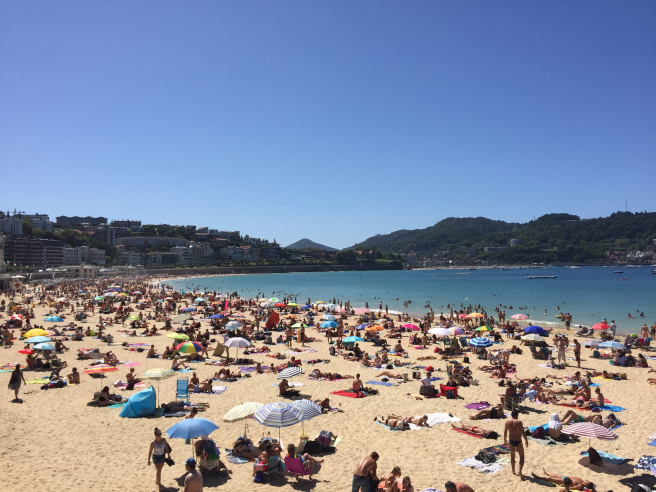 This is the iconic La Concha beach, the best known of the city’s beaches, voted the second best city beach in the world by Travel and Leisure magazine. A well- deserved award, I think. As you can see, it’s pretty popular – the clear green waves and golden sand make it a wonderful spot to lounge and take photographs during the day. 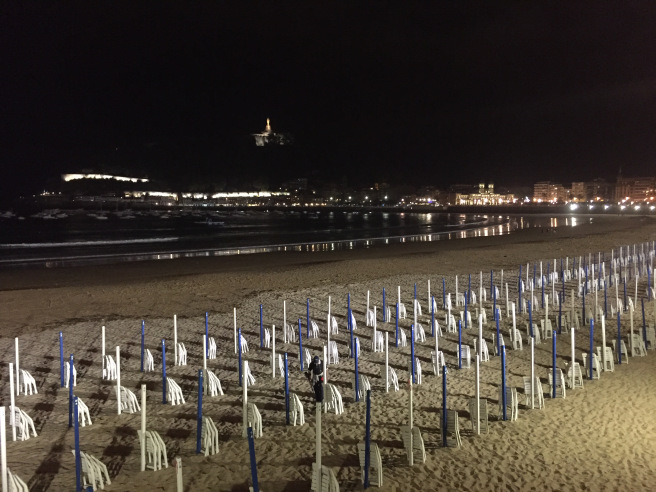 At night the beach changes, the deckchairs folded away, the entrance to the bay a perfect frame for glorious sunsets. 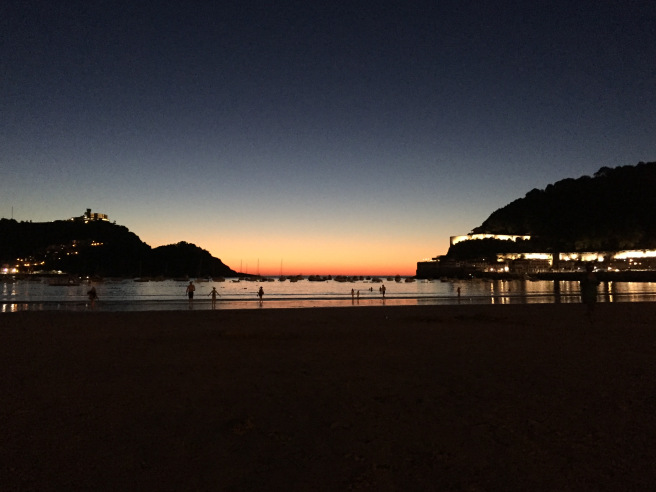 I sat for a half hour or so on the cool sand, watching the light change across the water, gold to red to violet, hardly able to take in such beauty.  Dark silhouettes danced at the water’s edge, the illuminated statue of Jesus on Monte Urgull seeming to watch over it all. 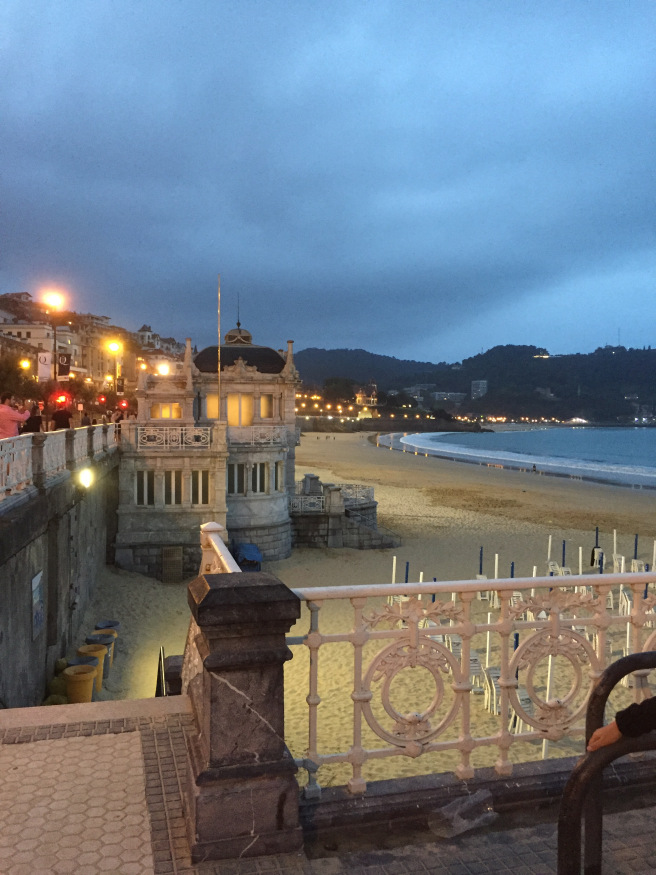 Day and night, the ornate promenade was full of people, families and couples and young people, all walking, laughing, enjoying the view. There are several small restaurants built into the seawall itself – one of them made excellent pizza, and was a fantastic place to watch the waves and people passing by. 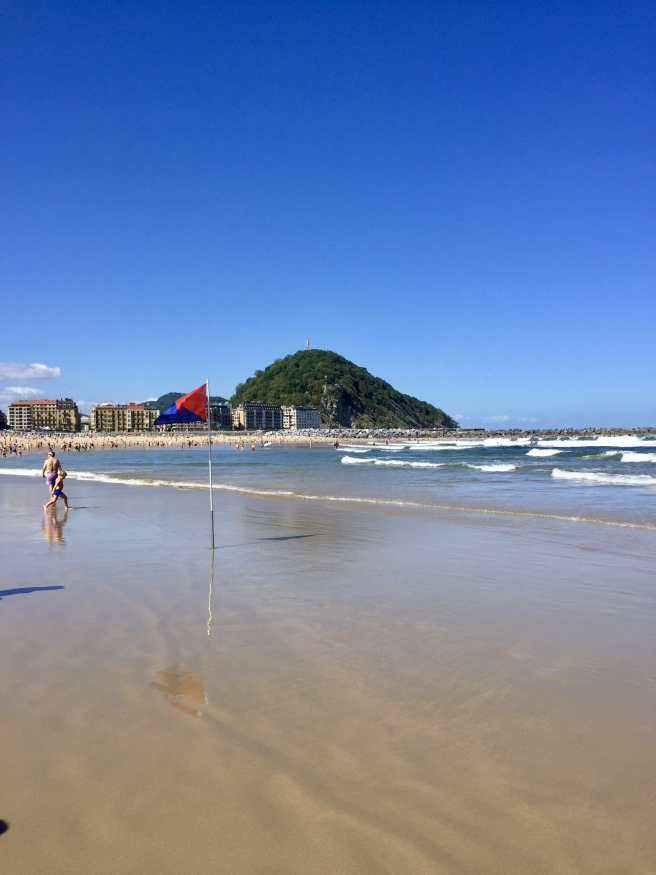 Another city beach in San Sebastian is Zurriola, which is on the other side of Monte Urgull. This beach is wilder, the waves popular with surfers, although it is safe for swimming in parts, the Spanish lifeguards using a flag system similar to that we were used to in Australia. We visited La Zurriola most days – it was less crowded, yet easy to get to with ample parking nearby. I actually got dumped by a wave the first day there, scraping my knee – haven’t done that in years! Oh, and apparently, Zurriola is also somewhere you can hang ten in the buff, should you choose to – one of several beaches in Europe which allow nude surfing! Just remember to apply plenty of sunscreen 😉 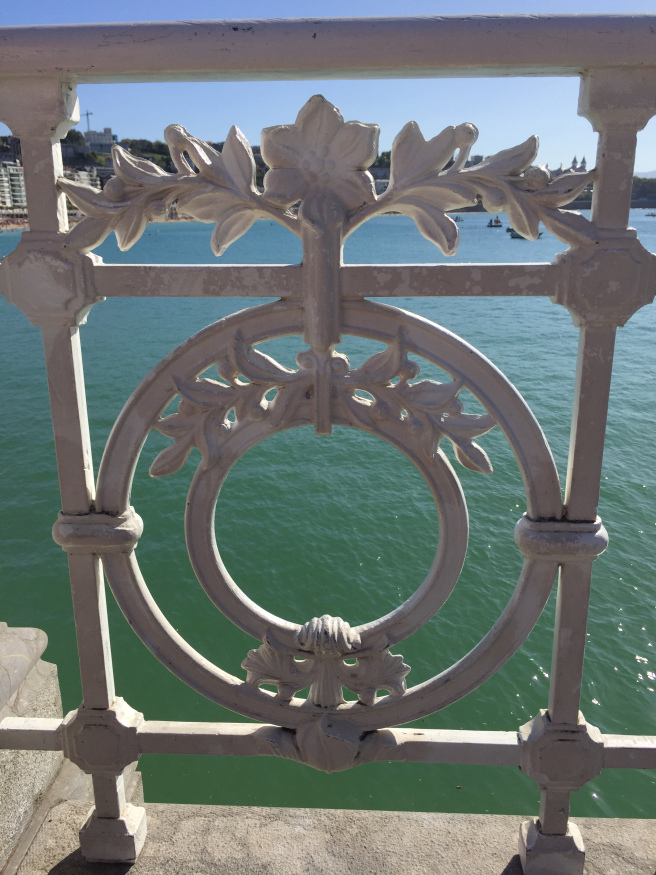 Thanks for coming on another Wednesday Wander with me! See you next time 🙂