It’s Thursday, and time for Norm 2.0’s weekly Thursday Doors Challenge. This week I have a photo of a door I took last summer but forgot about – I found it while scrolling through my photo library looking for something else. 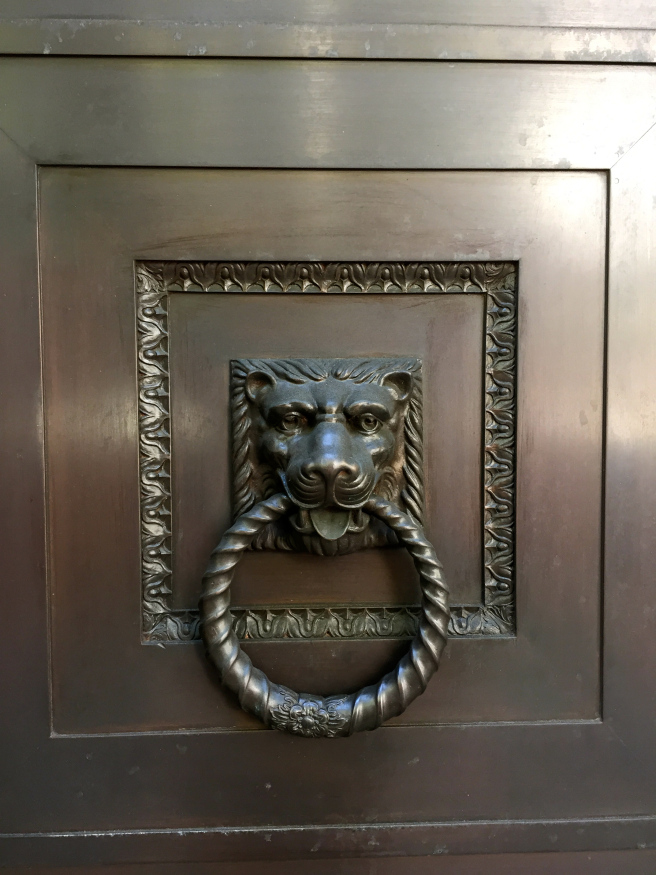 There were a few reasons I took a photo of this door. One is its size – you can’t really tell from the photo but it’s huge, well over two metres tall. I also liked the lion head door pulls. But I really liked the inscription over the door, and the way the word ‘North’ seems to have been added as an afterthought. It made me wonder about why that could have happened – was it because they built another, more easterly wing and had to rename this door? Or did they check the direction after the door was put in and realise it was wrong? Or does the interior of the building move independently of the door, so while it originally led into the East Wing, subsequent movements have now made it the entrance to the North East Wing. Hmmm.
There might even be a story in that…
This has been my response to Norm 2.0’s Thursday Doors Challenge. For more doors, or to add one of your own, visit Norm’s site and click the link.